THE MID 20TH CENTURY USHERED IN A NEW ERA OF INTERNATIONAL RELATIONS, THE BIRTH OF A NEW PROFESSION… AND ITS REPRESENTATIVE ASSOCIATION

Throughout history there have been multilingual intermediaries who have enabled communication across languages and cultures. These early interpreters played an important role in diplomacy, commerce, exploration and colonial conquests. It was, however, only in the twentieth century that conference interpreting emerged as a recognised profession, and only in the latter half of that century that interpreters decided to organise themselves within a worldwide professional association. 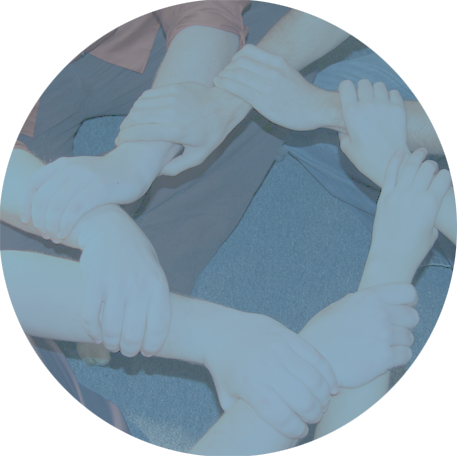 A professional association and trade union

As the number of international organisations grew after World War II, so did the number of conference interpreters. Theirs was a new profession that warranted recognition and protection. It was in 1953 that Constantin Andronikof (OEEC, later OECD) convinced his fellow chief interpreters, André Kaminker (Council of Europe) and Hans Jacob (UNESCO), to set up an association, the International Association of Conference Interpreters (AIIC).

AIIC’s Constituent Assembly was held on November 11, 1953. The founding fathers – Andronikof especially – wanted a worldwide organisation of staff and freelance conference interpreters who would agree on professional standards, determine their own working conditions and abide by a code of ethics.

Solidarity informed their approach to what turned out to be both a professional association and a trade union. The Code of Professional Ethics established early on that members of AIIC were bound to respect the confidentiality of all of the proceedings at which they interpreted. Membership was to be a guarantee of professionalism, with members’ abilities vouched for by sponsors – members themselves – and vetted by an in-house committee. The language classification system that is still in use today was devised early on: a distinction between active (A or B) and passive (C) languages in consecutive or simultaneous interpreting that is shown in the AIIC Interpreters Directory.

Right from the outset, AIIC took a keen interest in working conditions in the broadest sense, including health and safety issues. The Code stipulated that members had to declare a single professional domicile, that all members of a team had to be paid the same rate (although a beginners’ rate was introduced later on) and that contracts had to be honoured even if meetings were cancelled.

The determination to define remuneration, team strengths, working hours and conditions led the Association, in 1967, to enter into negotiations with major organisations on behalf of all interpreters. The Agreements resulting from these negotiations with employers like the UN, the EU and the Coordinated Organisations (European Space Agency, NATO and the Council of Europe) have been regularly reviewed and updated, apply to all interpreters, members and non-members alike, and have therefore played a key role in providing continuing recognition and protection for conference interpreters in a changing world.

─── Keeping up with the times

Keeping up with the times

AIIC has kept up with the times. While there were only 35 members in Paris, Geneva and London in the 1950s, there are now over 3000 members in some 100 countries. They are divided into regions, with opportunities for local meetings coordinated by regional secretariats which facilitate communication with the Geneva-based headquarters, the Executive Committee and other bodies.

The Association also recognises the way the profession has evolved: there is now a Private Market Sector that focuses on working conditions for interpreters at private sector conferences and meetings not covered by the Agreements, giving them a forum in which to address issues specific to this ‘non-agreement sector’.

It keeps up with technical developments, taking a close interest in ISO standards for booths and equipment as well as in the development and increasingly widespread use of remote interpreting. There has also been a move towards inclusivity, with the establishment of the Legal Interpreting Committee and the Sign Language Network. The fact that AIIC now has sign language interpreters among its members is testimony to its outreach to all areas of the interpreting profession in the twenty-first century.

See also: History of the Profession