“If all Indians are polyglots, why are excellent interpreters so rare?”

The author starts with this question, observing that the average Indian believes rudimentary language knowledge is sufficient to “interpret”. Recruiters say they frequently employ unqualified interpreters because they are “keen”, “cheap”, “anyone can do it” and “there is no need for training”.

There is a historical division between Dravidian languages in the south and Indo-European languages such as Hindi in the north. Indians are used to “getting by” in several languages and mixing them up. There are 22 languages officially recognised in the constitution, and over 1000 in practice. Hindi, like English, has mutually incomprehensible varieties.

Gandhi advocated the use of Hindi as a lingua franca; PM Shastri imposed Hindi as sole official language in 1964 but then added English after riots in the south. There has been a “three-language” education policy since 1968 (Hindi, English and one other), but in practice, the third language is rudimentary. The first AIIC member in India was admitted in 2016, and is the only member worldwide with Hindi.

“If I understand the Honourable Member correctly…”

The Indian parliament uses 22 languages. Just over half the staff interpreters work English-Hindi both ways, with the others covering the remaining official languages into English or, more rarely, into Hindi. In such cases, a single interpreter will interpret an entire speech from languages such as Tamil, for up to 2 hours. The author’s impressions were of unfinished sentences, major omissions, and uncomfortably long silences. At multilingual conferences, English relay is employed. Scant heed is paid to the skills needed for giving and taking relay, and there is a significant untapped market for direct interpretation between national and international (especially Asian) languages.

The Parliament's in-house training emphasises yoga, breathing, meditation and wide reading. Feedback appears to focus on listing mistakes, rather than technique. One fears the mantra may be “That was terrible. Do more yoga!”. There is no specific training on relay, not even for interpreters who will systematically provide it.

Elsewhere, training is rudimentary. Only 50% of trainers have received training themselves; and only 10% offer Indian languages. Foreign languages (such as French and German) are taught in Indian schools, with a focus on literacy. With classroom sizes of up to 60, school-leavers often have poor skills even in spoken English.

Recruiters say the Indian interpreting market is growing, and a fundamentally different form of training is needed. The author proposes an institute teaching skills not languages, with government and business-sector involvement, and inspiration from the EMCI, African cooperation networks, and AIIC.

I wouldn’t start from here...

How will gifted linguists emerge from the “merry mélange”, though? Perhaps a criterion for aptitude could be eloquent and rigorous use of Hindi. Such candidates may merit an investment in their English, and international trainers could teach them skills.

It may be that excellent Indian interpreters are out there- just not currently working as interpreters. 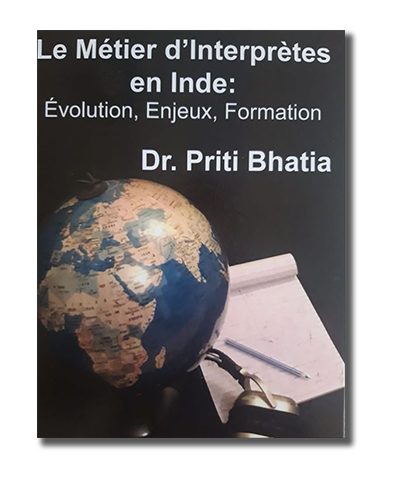 Articles published in Communicate! reflect the views of the author(s) and should not be taken to represent the official position of AIIC.

Journeys
Wherever you go, there you are

How can I make RSI platforms work for me as a freelancer?
The Business of Interpreting

“A complete and total game-changer”
ExCo reflects on 2020

Brokers and Heads of the Malabars
The search for Interpreter Zero

What is the Dragoman Challenge?
A multilingual journey of discovery   (also in French)

Simultaneous simplification
A world first, to include people with intellectual disabilities